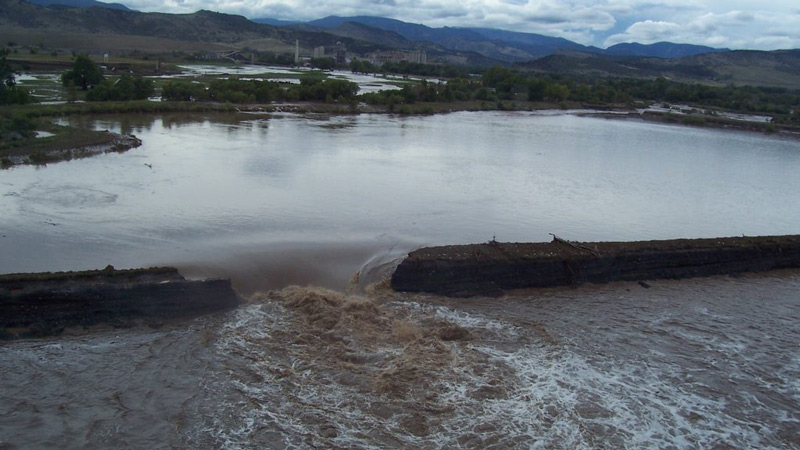 CSU also published the following article about the oral histories: Sharing the lessons learned during the 2013 Colorado flood

Here are the District mentions from the final report…

I got to know those people…through this flood event and, and it’s been one of the…silver linings, if you will, of the disaster…it…personally gave me great comfort in the people who dedicate their careers and their lives to emergency management….I got to know Mike Chard with Boulder County and he is a spectacular asset to this community in terms of how he runs recovery efforts. I got to know Gerry Safferson [sp?], who dealt with the…wildfire restoration efforts in Boulder County and was put on the flood recovery efforts….I don’t think the communities at large recognize the quality of people that do…that kind of work.….I was very fortunate to get to know them and really appreciate their leadership…and the…strong qualities they have about them to get stuff done.

[T]he way the ditch companies operate is they’re… incorporated ditches where they assess the shareholders the cost of the repairs. Well for a ditch company that typically operates, maybe, you know, 30,000 …to 100,000 dollars a year of operating expenses, to immediately be faced with…two million or three million or six million dollar expenses…it’d be crippling to the agricultural economy here in the basin. So we quickly started working with FEMA to say, do these ditch companies qualify for public assistance? And the real challenge was they’re private, incorporated ditches, how, by definition then, do they qualify for public assistance? And so we work very closely with FEMA to try to educate them on…public interest, ownership in these ditches. So, for example the City of Longmont or Boulder County might own a large percentage within the ditch company and the City of Longmont in particular relies on this ditch company’s infrastructure to provide water to a water treatment plant and that water treatment plant cleans the water up, and delivers it to its customers in Longmont….[I]t took quite a while for them to…get a handle on that…[R]ight now it stands that most of these ditches will get some level of FEMA reimbursement.

For more information about the 2013 flood, please visit our Past Projects page.