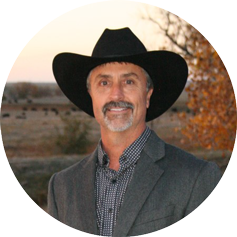 Jim Yahn is the manager of the North Sterling and Prewitt Reservoirs, a position that he has held for over 27 years. He is responsible for overseeing the diversion and distribution of water to over 350 farmers. Together the reservoirs are a source of
irrigation water for approximately 70,000 acres.

Jim is a registered professional engineer, receiving his B.S. in Agricultural Engineering from Colorado State University. Prior to his employment with the North Sterling and Prewitt he worked as a private consulting engineer in Fort Collins for 5 years. He is
a native of Colorado growing up on a family ranch, which used water from the North Sterling Reservoir System.

In June of 2016, Jim was appointed by the Governor to the Colorado Water Conservation Board to serve as the South Platte Director. He was reappointed in April of 2018 and is the past Chairman of the Board. Jim has been a member of the South Platte Basin Roundtable since its inception in 2005, served as chair from 2009 – 2012, and currently serves as the roundtable’s representative to the Interbasin Compact Committee. Jim and his wife Tracy farm and ranch in their spare time and are the parents of two grown children, Hannah and Austin.

Back to Symposium Agenda