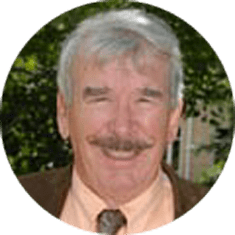 Dennis Yanchunas was appointed to the St. Vrain and Left Hand Water Conservancy District Board on November 14, 2005 and was elected Secretary in 2009, and President in 2010.

Mr. Yanchunas has a Bachelor of Arts degree in Mathematics from the College of Wooster (Ohio) and served four years as a commissioned officer with the U. S. Navy before moving to Longmont in 1972. He retired in December 2015 after a 42 year career in securities sales. He brings a strong financial background as well as water background to the board.

Dennis has extensive experience providing administrative and operational services to numerous ditch and reservoir companies over a period of more than 30 years. He served on the City of Longmont Water Board for 15 years (1991 – 2005). Mr. Yanchunas also serves on the Northern Water and Municipal Subdistrict Boards since August 20, 2010. He was elected President of the Subdistrict Board of Directors in October, 2013.

He continues to live in Longmont with his wife Pat, and has two children.

Back to Staff and Board